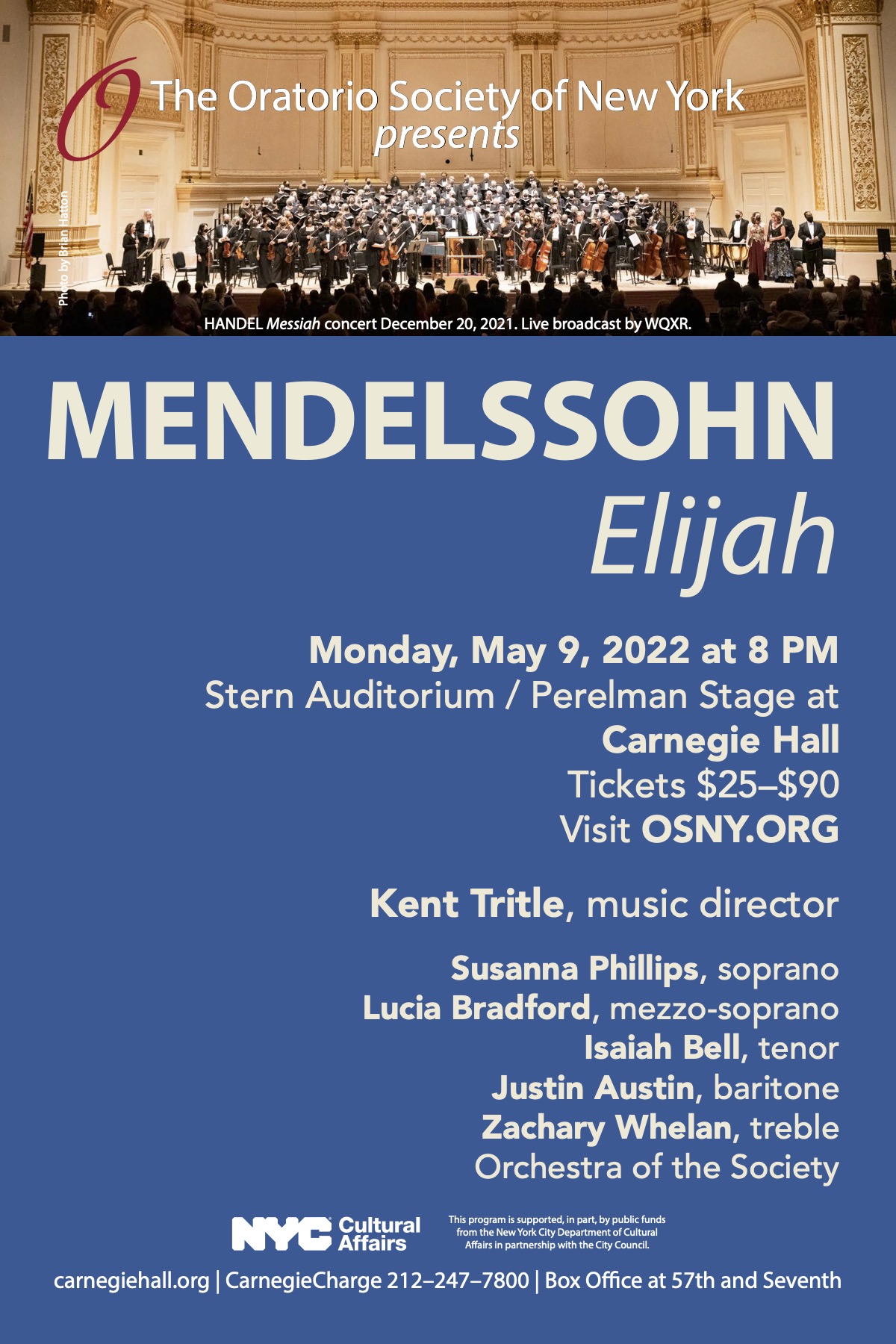 Elijah is the dramatic biblical tale of the unyielding prophet and his struggle against the wicked king Ahab who, with his duplicitous wife Jezebel, led the ancient Israelites astray from their true God. Felix Mendelssohn’s setting of this righteous man’s defense of the Hebrew God over the Canaanite Baal includes frenzied pagan rituals, ecstatic hymns of praise, stirring choruses, and operatic arias which are masterfully woven into an emotional depiction of this ancient epic.

The Oratorio Society first performed Elijah in 1876. This concert marks the Society’s 39th performance of the piece. 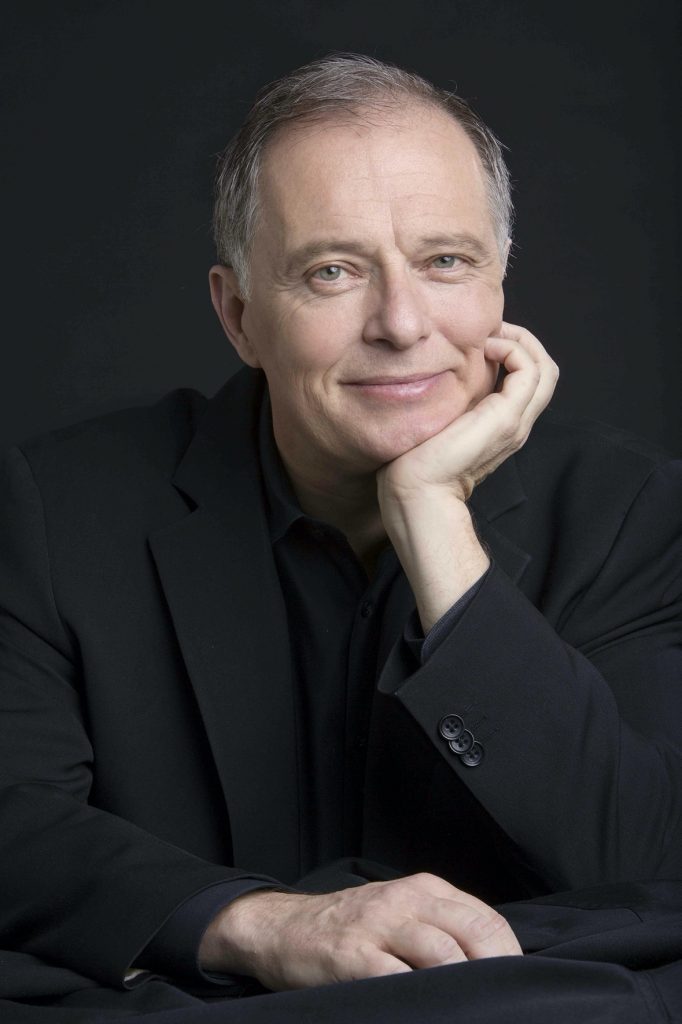 Kent Tritle is one of the leading choral conductors in the United States. During his tenure with the Oratorio Society of New York, he has led it in a wide variety of works, including the world premieres of the Paul Moravec/Mark Campbell oratorio Sanctuary Road and Juraj Filas’s Song of Solomon, and the New York premieres of Paul Moravec’s The Blizzard Voices and Marjorie Merryman’s Jonah. Under his direction members of the chorus have also performed in Europe and South America and in concerts presented by the New York Philharmonic. Mr. Tritle is also Director of Cathedral Music and Organist at the Cathedral of St. John the Divine, where he directs the Great Music in a Great Space concert series, and is Music Director of Musica Sacra. Highlights of events planned for the 2021-22 season include performances of selections from Handel’s Messiah at Carnegie Hall with Musica Sacra and the Oratorio Society of New York, after a two-year absence; Mendelssohn’s Elijah with the Oratorio Society; a program with Musica Sacra featuring works by Viktor Kalabis (on the eve of the Czech composer’s centennial) and Arvo Pärt and the world premiere of a commissioned work by Wang Jie; the Requiem Mass of the Classical-era Afro-Brazilian composer José Maurício Nunes Garcia with the Cathedral Choir of St. John the Divine as well as Garcia’s Stabat Mater with the Manhattan School of Music Symphony and Symphonic Chorus; the local premiere of the Stabat Mater of Alissa Firsova; an a cappella program of music by Britten, Pärt, and Gabrieli with the Oratorio Society of New York at the Cathedral of St. John the Divine; and Honegger’s King David with the forces of the Manhattan School of Music. Kent Tritle led the Sacred Music in a Sacred Space series at the Church of St. Ignatius Loyola from 1989 to 2011, and from 1996 to 2004 he was Music Director of the Emmy-nominated Dessoff Choirs. Kent hosted “The Choral Mix with Kent Tritle,” a weekly program devoted to the vibrant world of choral music, on New York’s WQXR from 2010 to 2014. Kent Tritle’s discography features more than 20 recordings on the Telarc, Naxos, AMDG, Epiphany, Gothic, VAI and MSR Classics labels. Recent releases include the Grammy-nominated 2018 world premiere performance of the Paul Moravec/Mark Campbell oratorio Sanctuary Road with the Oratorio Society of New York; the 2016 performance of Mahler’s Symphony No. 8, David Briggs’s organ-choral version, and Eternal Reflections: Choral Music of Robert Paterson with Musica Sacra. An acclaimed organ virtuoso, Mr. Tritle is the organist of the New York Philharmonic and the American Symphony Orchestra. He performs regularly in Europe and throughout the United States. Recital venues have included the Leipzig Gewandhaus, the Zurich Tonhalle, the Church of St. Sulpice, Dresden’s Hofkirche, King’s College at Cambridge, and Westminster Abbey. Mr. Tritle is on the graduate faculty of The Juilliard School, and is Director of Choral Activities at the Manhattan School of Music, where he established a doctoral program in choral conducting, and is on the faculty of the organ department. Tritle is renowned as a master clinician, giving workshops on conducting and repertoire; he was a featured conductor at Berkshire Choral International on several occasions, and currently leads the annual choral workshop at the Amherst Early Music Festival. In recent years he has also led workshops at Summer@Eastman and at the Sibelius Academy in Helsinki. He was featured in the first season of the WIRED video series “Masterminds,” an installment titled, “What Conductors Are Really Doing.”  His website is kenttritle.com. Photo Credit: Jennifer Taylor 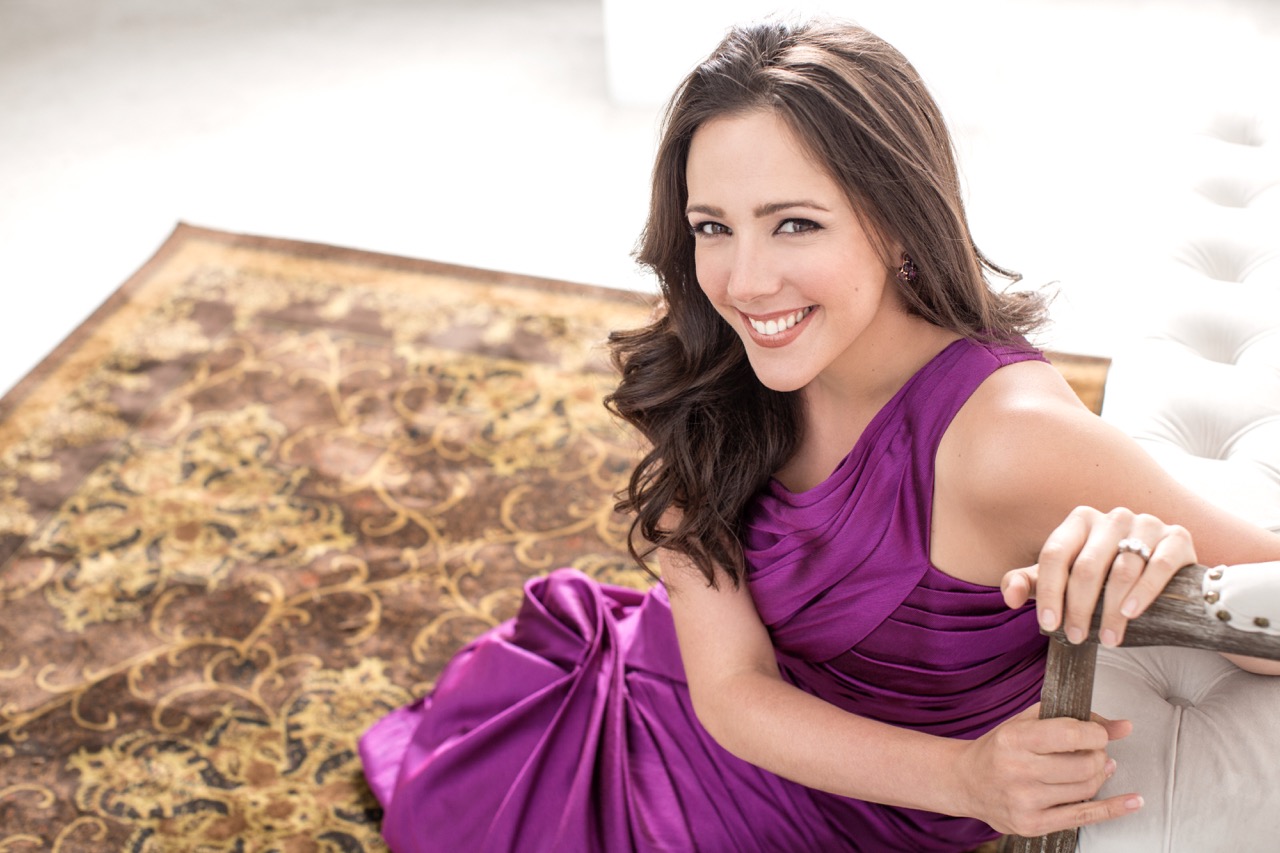 Alabama-born soprano Susanna Phillips, recipient of The Metropolitan Opera’s 2010 Beverly Sills Artist Award, is a frequent and much-admired guest artist with the Oratorio Society of New York. In the past seasons she has joined the Society for works of Brahms, Britten, Filas, Haydn, and Moravec. In the 2021-2022 season Ms. Phillips has engagements with the Chamber Music Society of Lincoln Center, the Celebrity Boston Series, and Bravo! Vail, as well as in her native Huntsville. She also appears in a world premiere of Picker’s Awakenings at Opera Theatre of St. Louis.

Operatic highlights of recent seasons include appearances at the Metropolitan Opera for her role debut as Micaela in Carmen, as Countess Almaviva in Le nozze di Figaro, as Donna Elvira in Don Giovanni, and as Clémence in the Met premiere of Kaija Saariaho’s L’amour de loin. In December 2008, over 400 people traveled from Ms. Phillips’s hometown of Huntsville, Alabama, for her Met Opera debut in La bohème. She returns frequently to her native state for recitals and orchestral appearances.  In concert, she has sung Berg’s Sieben Frühe Lieder with the San Francisco Symphony led by Michael Tilson Thomas, and Mahler’s Fourth Symphony and Ravel’s Trois Poèmes de Stéphane Mallarmé at La Jolla Music Society’s SummerFest. A fervent chamber music collaborator, Ms. Phillips has recently teamed with such artists as bass-baritone Eric Owens, violist Paul Neubauer, and pianists Myra Huang and Anne Marie McDermott.  www.susannaphillips.com/ 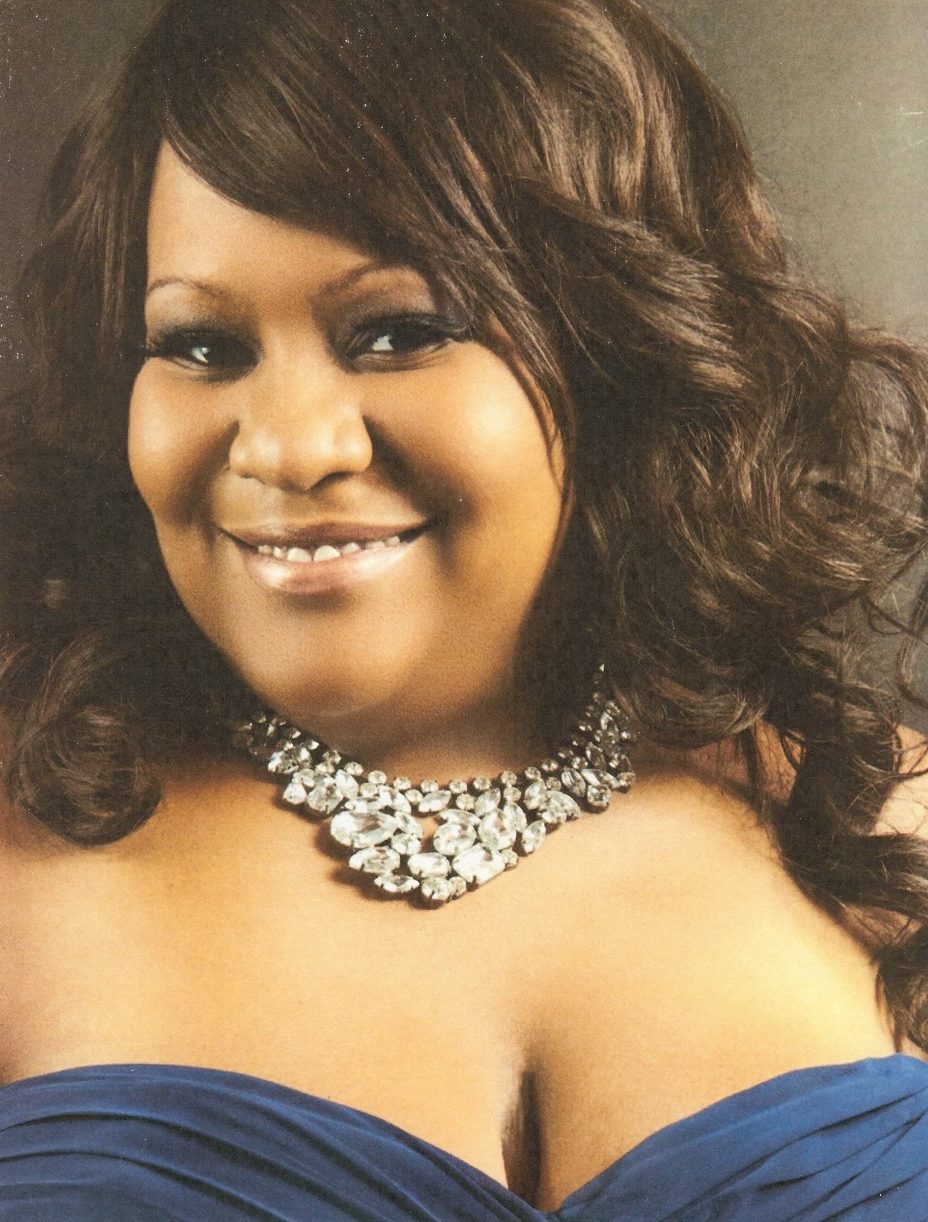 Mezzo-soprano Lucia Bradford has appeared as Carmen in La Tragédie de Carmen, Zita in Gianni Schicchi, La Principessa in Suor Angelica, The Mother in L’Enfant et les Sortilèges, Mercedes in Carmen, Quickly in Falstaff, The Sorceress in Dido and Aeneas, Gertrude in Romeo and Juliet, Hippolyta in A Midsummer Night’s Dream, Miss Todd in The Old Maid and the Thief, the Duchess of Plaza Toro in The Gondoliers, Azelia Dessalines in William Grant Still’s Troubled Island, Maria in Porgy and Bess, and the Mother of Paul Dunbar in the premiere of The Mask in the Mirror by Richard Thompson. She has also performed in many new works, singing the role of Marie Laveau in Crescent City by Anne LeBaron and the role of Miriam in Mosheh by Yoav Gal. In concert, she has performed in Verizon Hall at the Kimmel Center in Philadelphia, with Christoph Eschenbach at the piano. In Minnesota she was the alto soloist in Undine Smith Moore’s Scenes from the Life of a Martyr. She has appeared with the Harlem Chamber Players in their annual Bach series, with the Orchestra of St. Luke’s, and in New York City Opera’s VOX concert series.   In Russia, Ms. Bradford has toured with the Krasnoyarsk Philharmonic Symphony Orchestra and the Radio Orpheus Symphony Orchestra in Siberia, Dubna, and Moscow, in a production presented by Opera Noire of New York City. She has also toured in parts of Spain, in the Caribbean, and throughout the United States. Tonight marks her Oratorio Society of New York debut.  www.luciabradford.com 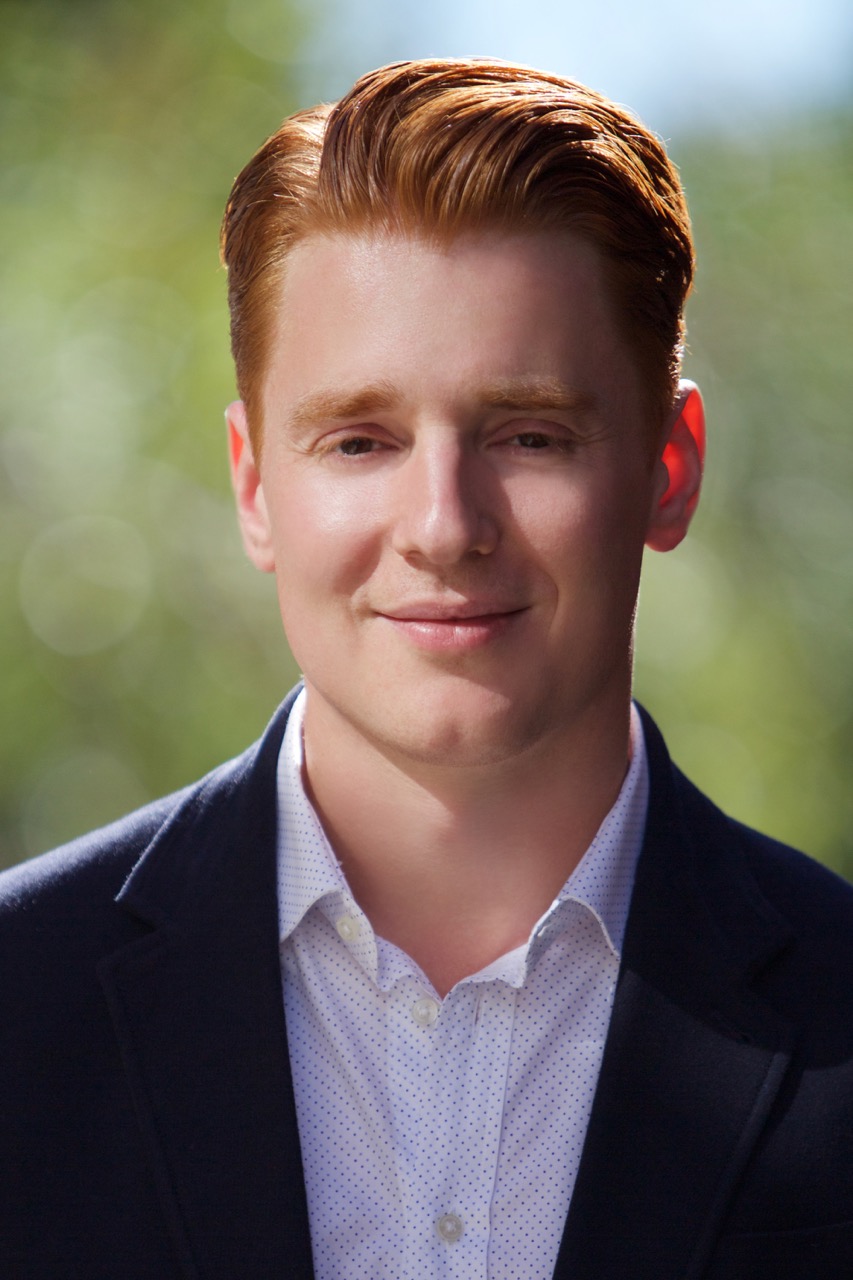 Isaiah Bell is a Classical tenor, a writer, and a composer. Some notable performances include the premiere of Rufus Wainwright’s Hadrian at the Canadian Opera Company, Mark Morris’s production of Curlew River at the Brooklyn Academy of Music, The Barber of Seville for Vancouver Opera, and regular appearances with the Toronto Symphony, Philharmonia Baroque, Opéra de Montréal, the National Arts Centre Orchestra, and the Bach Choir of Bethlehem. His semi-autobiographical solo show The Book of My Shames combines his singing, writing, and original music into an “impossibly beautiful,” “comic, wrenchingly personal tour-de-force.”  In the Classical repertoire, Isaiah finds a home in the operas and oratorios of Handel, in Bach’s Evangelists, in German and English art song, and especially in the theatre works of Benjamin Britten. The New York Times described his Madwoman in Britten’s Curlew River as “a performance of haunting beauty, ideally depicting emotional distraction with ultimate economy and glowing vocal skill.”

During pandemic shutdowns, Isaiah translated, adapted, and performed Poulenc’s solo opera La voix humaine for a City Opera Vancouver filmed production (a “finely tuned performance, so perfectly married to his own sensitive and intelligent adaptation”), and designed and performed concept recitals featuring his own music and poetry for Early Music Vancouver and Ottawa Chamberfest. Some upcoming projects include the world premiere of La beauté du monde at Opéra de Montréal, the world premiere of A Nation of Others with the Oratorio Society of New York at Carnegie Hall, Britten’s A Midsummer Night’s Dream in Des Moines, and an orchestrated version of The Book of My Shames with the Regina Symphony.  http://isaiahbell.com. 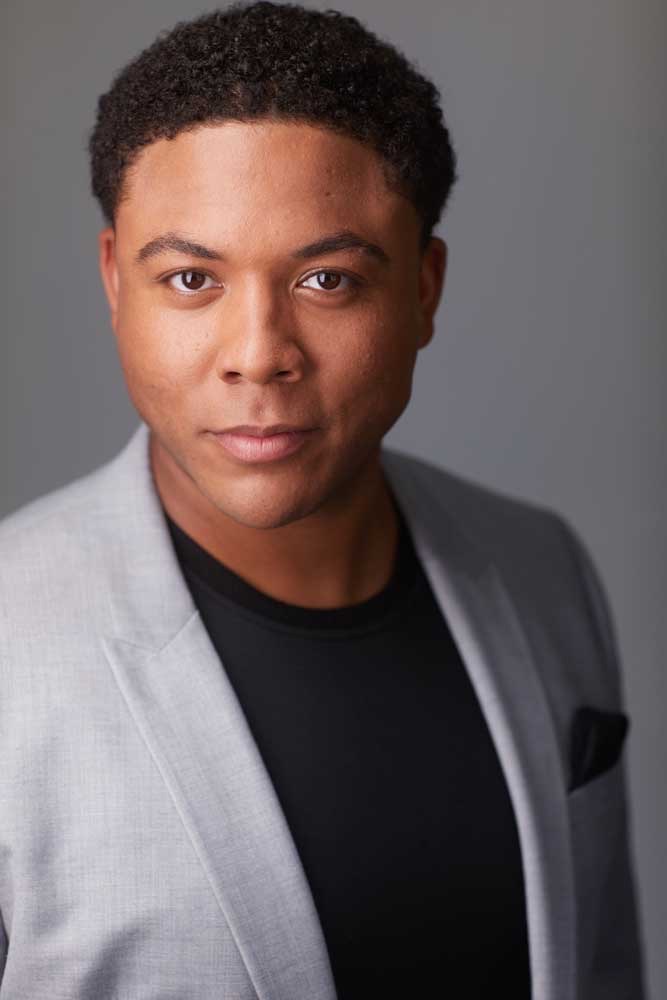 Baritone Justin Austin was born in Stuttgart, Germany to professional opera singer parents. He received his Master’s Degree from Manhattan School of Music, and he has since been building an increasingly impressive career in opera, concert, and song repertoire.

Despite the pandemic, his 2020-21 season included a number of exciting projects. He recently appeared as soloist in the Metropolitan Opera’s first public performances in 14 months, in concerts conducted by Yannick Nézet Séguin. He created the leading role in a new virtual opera, American Apollo, for Washington National Opera, and he was invited by Thomas Hampson to be part of The Hampsong Foundation’s Celebration of Black Music, with the Elbphilharmonie, in Hamburg.

Justin Austin appears tonight through the courtesy of the Metropolitan Opera. 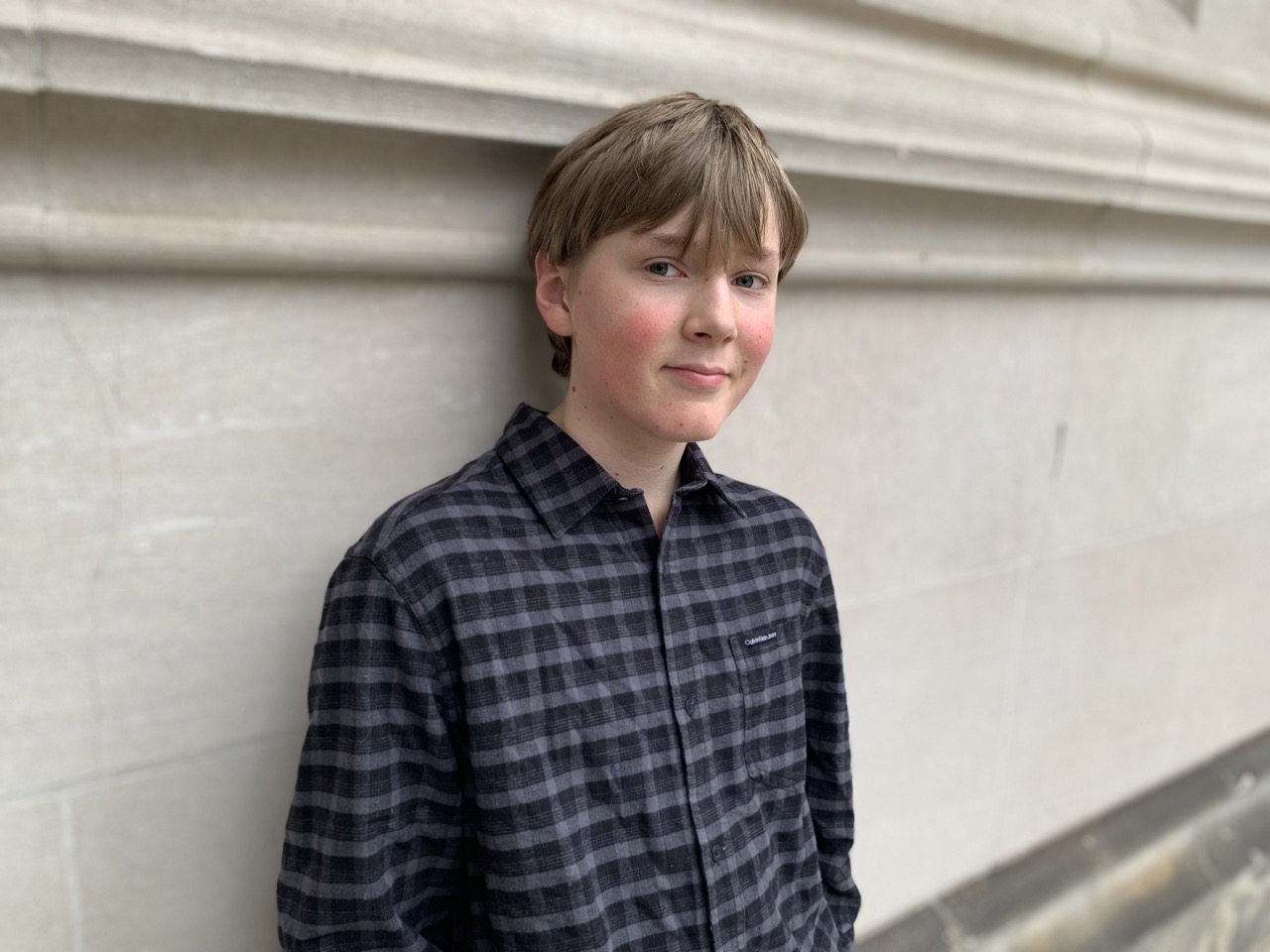 Zachary Whelan is a lifelong Harlem native and attends 8th grade at P.S. 333 – Manhattan School for Children.  He has studied the cello with Nicole Johnson since the age of six. From September 2020, Zachary spent a year abroad in his father’s hometown of Christchurch, New Zealand, where he discovered his love of singing as a student in the Special Music Program at Westburn School.  While in New Zealand, Zachary performed as the boy soloist at the Christmas Mass with the Christchurch Cathedral of the Blessed Sacrament Choir, and he also portrayed the role of Colin Craven in Secret Garden with Enchanting Productions in the Great Hall of the Arts Centre, Te Matatiki Toi Ora.  Upon his return to NYC in September 2021, Zachary joined the Schola Cantorum at the Cathedral of St. John the Divine under the direction of Sam Kuffuor-Afriyie.  Also an enthusiastic actor, Zachary recently performed with Creative Stage Collective in their Summer Shebang, and in their Creative Stage Spectacular at Symphony Space, Thalia Theater.  Zachary is a cellist with the Riverside String ensemble.  He lives with his parents, Madeline Bender and operatic bass Paul Whelan. Tonight marks Zachary’s debut with the Oratorio Society of New York.

ORCHESTRA OF THE SOCIETY

“Most important, with Mr. Tritle at the helm, quality and quantity are equal.”

“The first chorus, climaxing with the phrase ‘Let there be light’ was simply thrilling, with the singers of the Oratorio Society rising over the orchestra in a powerful surge of sound.”

“The star of the show, the Oratorio Society’s chorus, rang out gloriously—pitch-perfect—the singers radiantly persevering the masterpiece that is Handel’s Messiah.”

“It was a pleasure to hear the Oratorio Society’s splendid performance of Mozart’s beguiling arrangement under Mr. Tritle.”

“What mattered most, of course, was the fine music-making.”

“The chorus of nearly 200 voices sounded rich and full-bodied but never forced, and won the biggest, and deserved, ovation.”

“As I have learned to expect from the acclaimed OSNY, choral blend was outstanding.” 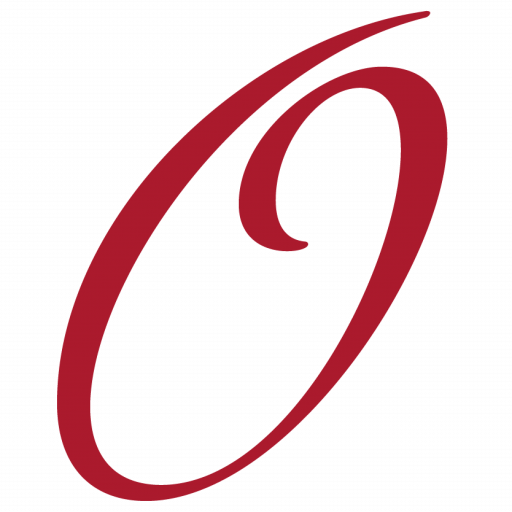